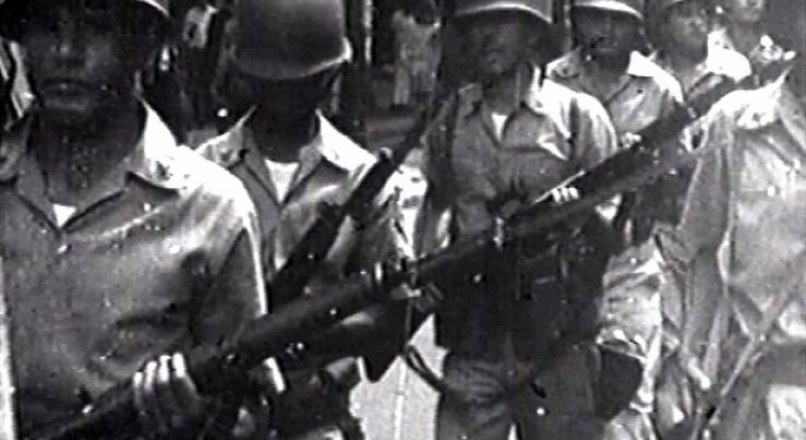 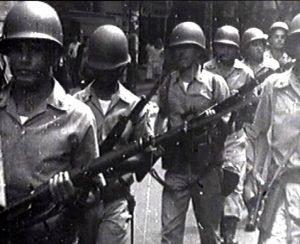 THE BRAZILIAN MUSIC AS A POLITICAL STATMENT

Brazilian music has always been a witness of its time. Yet, the Tropicalist movement, which was born at the end of the 60’s, was both a witness of contemporary history and one of its driving force. This short-lived explosion, which shook the country between November 1967 and December 68, shattered the basis of Brazilian music.
Tropicalism triggered a revolution within the concepts of morals, ways of thinking and even the very idea of Brazilian identity. These upheavals have marked Brazilian national culture for ever.

The second programme in the series covers the military era in Brazil, from 1964-85, and discusses the role that musicians played in leading the fight-back – and how they suffered as a result.

The era began with the left-wing protest movement headed by singers like Nara Leao, that was matched against rival styles that ranged from the passionate singing of Elis Regina to the rousing pop songs of Jorge Ben – with television song contests developing into a battle-ground between supporters of different styles.

All this changed in the late Sixties, with the emergence of the experimental tropicalia movement, determined to shake up Brazil just as military hardliners took control of the government. The programme chronicles the careers of the tropicalia stars, from Os Mutantes to Gilberto Gil and Caetano Veloso, who were both jailed and exiled to Britain (and includes never shown footage of them both performing at the Isle of Wight festival).

It describes the military censorship campaign against such leading musicians as Chico Buarque, Milton Nascimento, and even Jorge Ben. And it shows how black musicians in Bahia state responded by developing new, and often militant black styles like samba-reggae.