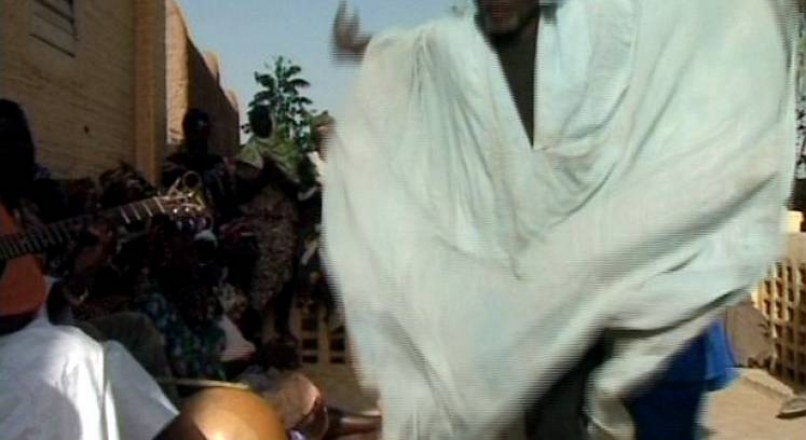 LISTEN THE WORDS AND THE MUSIC OF AN AFRICAN MAGICIEN

Ali Farka Touré is a much diversified artist who can as easily play the electric guitar as the one-string violin. A mobile camera follows this man who is the first African to have received a Grammy award. From concerts in Bamako to voodoo cults dedicated to the “Spirits of the River”, going through Tuaregs camps or the much mysterious city of Timbuktu. 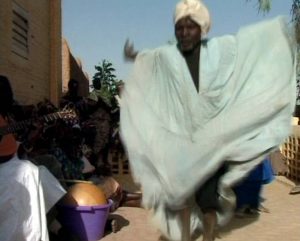 We discover through the only words of Ali himself, the magnificent region of the loop of the Niger and also a remarkable character, who has managed to be at the same time an international musician and a farmer in his village.

Excellent music docu lets Malian guitar great Ali Farka Toure do the talking, both as musician and as a kind of cultural diplomat and all-purpose big shot, as he travels around his surprisingly diverse African nation. “Springing From the Roots” should be transferred to 35mm and launched on the music-pic circuit, which has been widened by the success of “Buena Vista Social Club.”

This one-hour French effort isn’t big on bio details and doesn’t really explore the kinship between the singer’s bluesy guitar playing and the back-porch sounds of the American South, but that connection is made plain as Toure is seen traveling throughout his country, in both dusty outback and lush coastal towns, and twanging his hypnotic ax.

What’s more, this part-time farmer has become a virtual cottage industry (and a bit of a clotheshorse, to boot), promoting different businesses and inspiring younger musicians to play their instruments on the world stage, as seen in well-recorded segs of players influenced by his style — some of which this African John Lee Hooker cheerfully joins in with.